Elderly Dog On Road To Recovery After Jumping Off Narrowboat 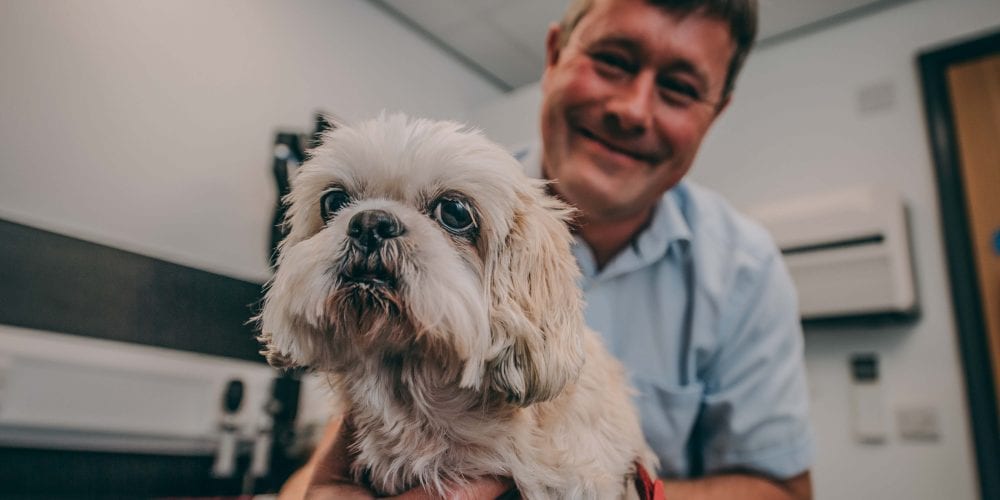 AN elderly dog who ‘got spooked’ and jumped off a narrowboat at the exact same spot where her owner’s brother drowned as a child is making a great recovery after getting her leg mangled in a propeller.

Tasha the 14-year-old shih tzu is enjoying a daily walk again with her owners Margaret and Craig Dawson who have thanked vet Eandil Maddock based at Oakwood Vet Referrals in Hartford, near Northwich, for saving their beloved pooch’s leg.

Tasha sustained severe injuries, including multiple fractures, after she unexpectedly bolted past Margaret and Craig Dawson and leapt into a canal during a family trip.

She shattered her front leg in several places after it got caught in the boat’s propeller, but luckily the couple cut the engine as 71-year-old Craig jumped in after his pet. 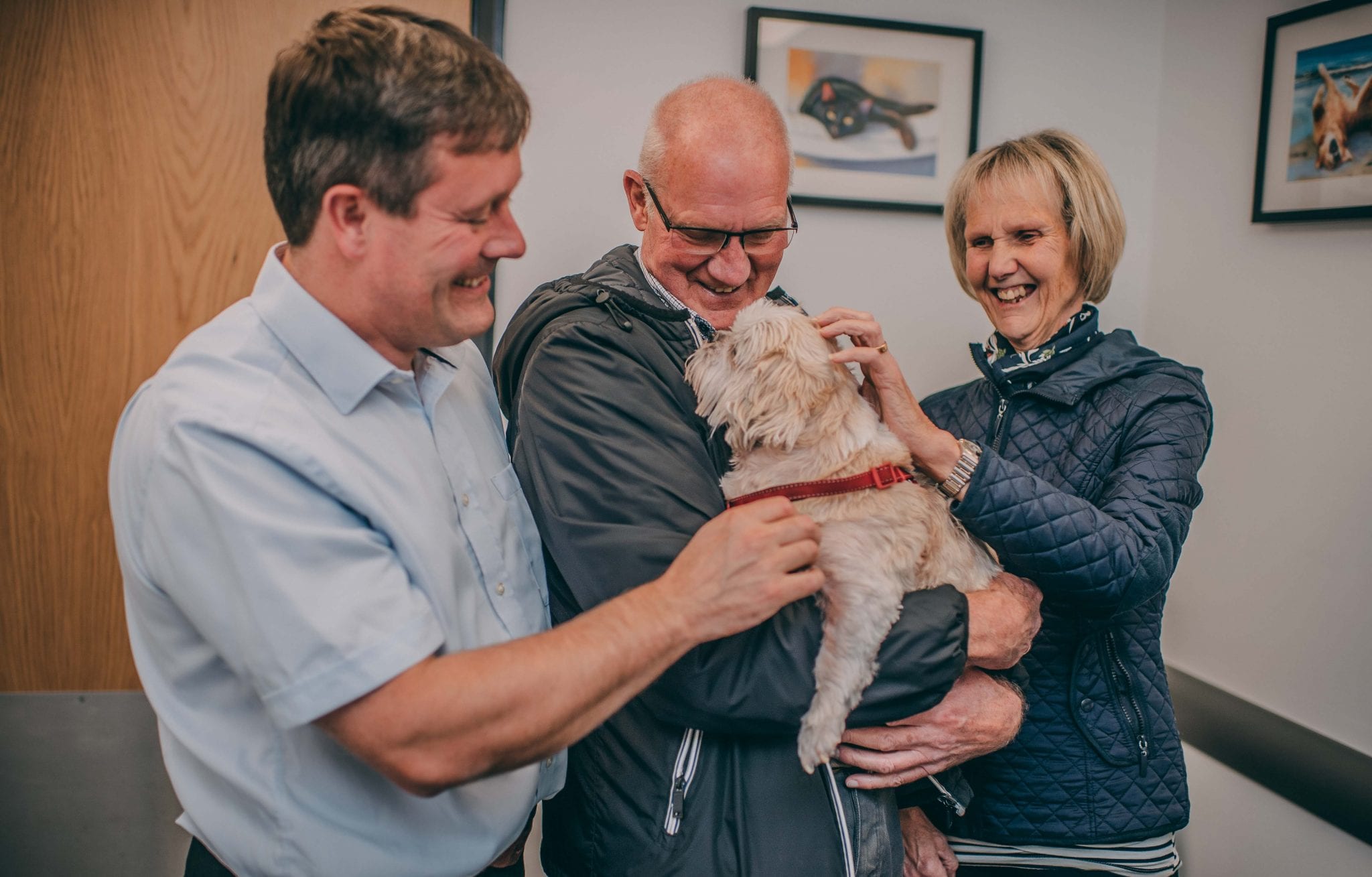 By strange coincidence, the incident happened at the same place where Craig witnessed his eight-year-old brother, Stephen, drown at the age of five.

Margaret said Tasha’s unpredictable actions were “completely out of character,” especially as she had never swam before and usually avoids water.

The severity of her injuries meant she faced the prospect of having her leg amputated, which due to her age, could have proved life-threatening, but after being referred to Eandil at Oakwood Referrals, part of Willows Veterinary Group, the plucky pooch is now on the mend with all four limbs intact.

She said: “We were on a narrowboat trip on Macclesfield Canal with some members of our family and had been on the canal for about four hours.

“Tasha had been down at the bottom of the boat, but as we were on our way back after a lovely day, something seemed to go wrong in her head and she flew up the steps, ran past Craig and I and just jumped off the side of the boat.

“My youngest son tried to grab her from the water but the propeller must’ve pulled her down.

“It all happened so fast and my husband jumped in after her as she started swimming to the side towards the embankment at Buglawton Bridge near Congleton.

“He grabbed her and she was screaming and howling in pain. We wrapped her in a towel and called the vets.

“We don’t know if something spooked her, and even though she’d never been on a narrowboat before, she’d been fine during the four hours of our trip up until that point.

“The strange thing was, it happened at the exact same spot where Craig witnessed his eight-year-old brother Stephen drown after he’d gone into the water after a ball.”

“It was quite spooky. I don’t know whether or not she sensed something but it is a very strange coincidence.”

The mum-of-three added: “To do what she did was completely out of character and we were amazed at how she managed to swim to the side with a broken leg when she had never swam before.

“She usually avoids water and has never been tempted by it before.

“We got her at the age of four and are her fourth owners, which always made her very clingy during the 10 years we’ve had her. We just can’t explain why she did that or where she thought she was going.”

Tasha was taken to Charter Vet Surgery in Biddulph, which is part of Willows Veterinary Group.

Margaret said: “We were so grateful to them because they were so kind and could see how shocked and worried we were. They bent over backwards to see Tasha straight away and then set to work helping her. It was such a relief after what had happened.” 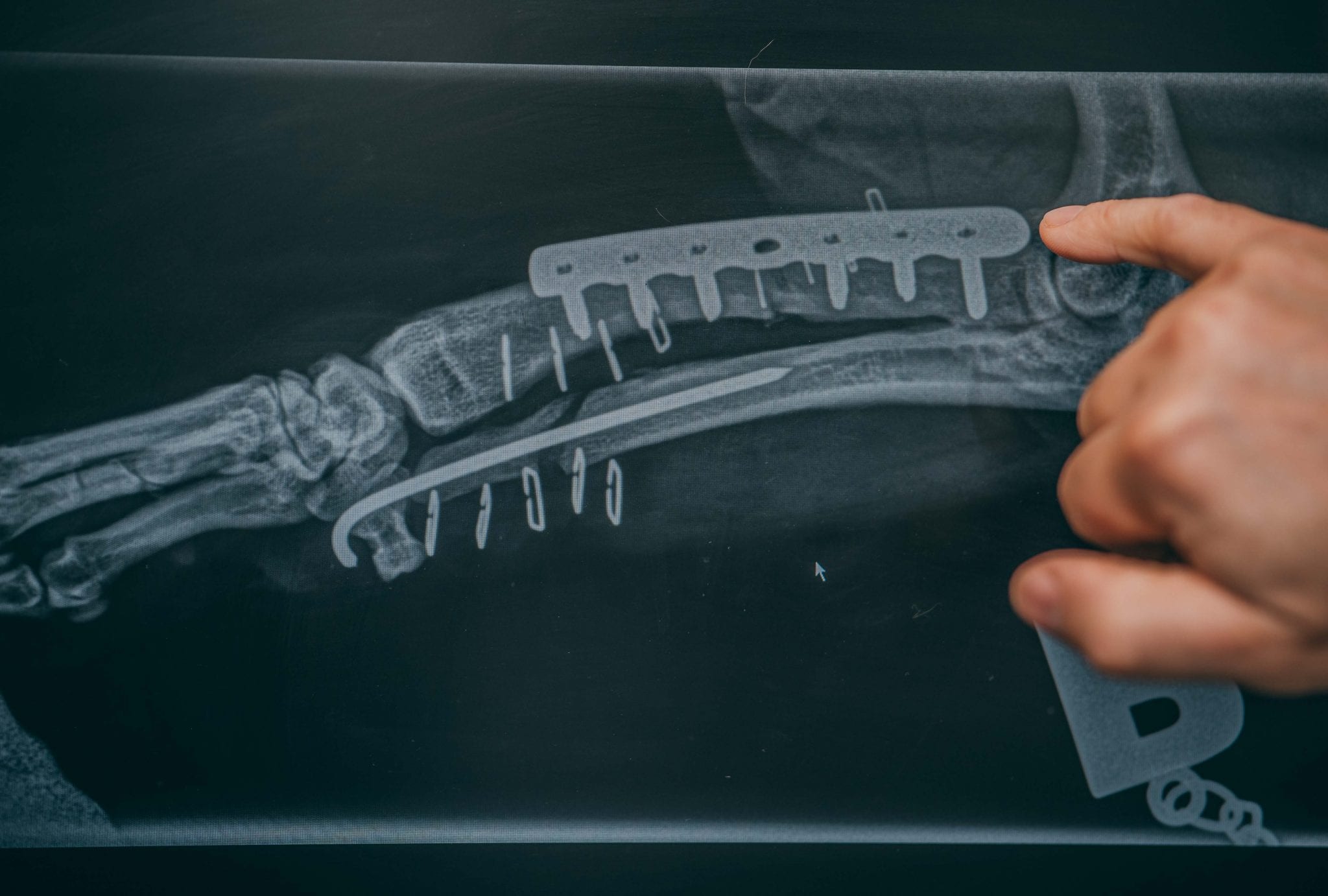 A veterinary team at Charter carried out X-rays which revealed she had suffered several fractures. She was referred in to the care of Eandil Maddock, an advanced practitioner in orthopaedic and spinal surgery, based at Willows Veterinary Group’s animal hospital in Hartford, near Northwich, where he operated on Tasha and used a pin and a plate and screws to fix the bones back in to place.

Eandil, a vet of 24 years, said: “When Tasha was brought in as an emergency case, she had a severely bruised and unstable front limb and had sustained multiple fractures.

“During surgery I used a plate and screws to stabilise the radius and a pin to fix the ulna.

“Tasha’s leg was very severely bruised and with that degree of trauma, she was very lucky she didn’t suffer more serious soft tissue damage.

“The worst case scenario would’ve been an amputation, which for a 14-year-old dog is a substantial thing to consider and could’ve led to her having to be put to sleep.

“When I saw her for a recent check up, she was doing well but still quite lame. X-rays showed good healing so I removed the pin which was causing a little discomfort at her wrist.

“Since then she has made excellent progress. She still has the plate and screws in place and walks with only a mild limp now. I am delighted with the way she’s improving and her owners are building up her exercise gradually to get her back to normal.”

Margaret added: “Eandil has done a wonderful job saving and fixing Tasha’s leg because it was very touch and go.

“He is a lovely man who has kept in touch with us to see how she’s doing after her operation, and thanks to him, Tasha is recovering remarkably.

“We’ve been keeping a close eye on her restricting her on chairs and making sure she doesn’t jump off the stairs.

“She’s done wonderfully, she’s 14 but she just copes with it, I think she’s got used to the attention now.

“She certainly won’t be going on any more narrowboat trips that’s for sure.”

For more information about Oakwood Veterinary Referrals, go to www.oakwoodvetreferrals.co.uk