A COURAGEOUS cat is adapting to life on three legs after miraculously avoiding certain death and surviving severe injuries inflicted after he was thought to have been hit by a car.

Although two-year-old Shadow somehow escaped without any broken bones, his wounds were so horrific that one of his mangled back legs could not be saved.

The veterinary team at Beech House Veterinary Centre in Warrington worked tirelessly to save both legs but they were left with no choice but to amputate one of them.

Despite his ordeal the brave moggy is now back enjoying the outdoors, much to the relief of his owners Julie and Stephen Williams, along with their son Thomas, who are from Cinnamon Brow, Warrington.

The 11-year-old in particular has a close bond with Shadow and it was his bedroom that the determined feline managed to return to following the incident.

Mrs Williams, who has three other cats, said: “The determination he had to survive was amazing. He somehow managed to get back home with a mangled leg and scale the six foot fence into the garden to get through the cat flap.

“He purposefully went to Thomas’s room. He could have gone anywhere as we live in a bungalow but he knew Thomas would help him.

“They’ve got such a lovely bond. It was so worrying when we took him to the surgery, we didn’t know what was going to happen and we are so grateful to the staff there for taking such good care of him.

“He tried so hard to survive we just wanted to give him whatever chance we could. I’ve never known a cat like him. He’s a superstar.”

Thomas added: “I woke up and looked in the box and saw Shadow. I never noticed his injuries at first as he was curled up and hiding his leg.

“Then a bit later, I noticed one of his legs didn’t look too good and when I saw the really bad leg I just shouted to my parents. I was really worried.

“I’m just so glad he’s OK and back home now. I love cats and I’m really close with Shadow. He’s in my room a lot.” 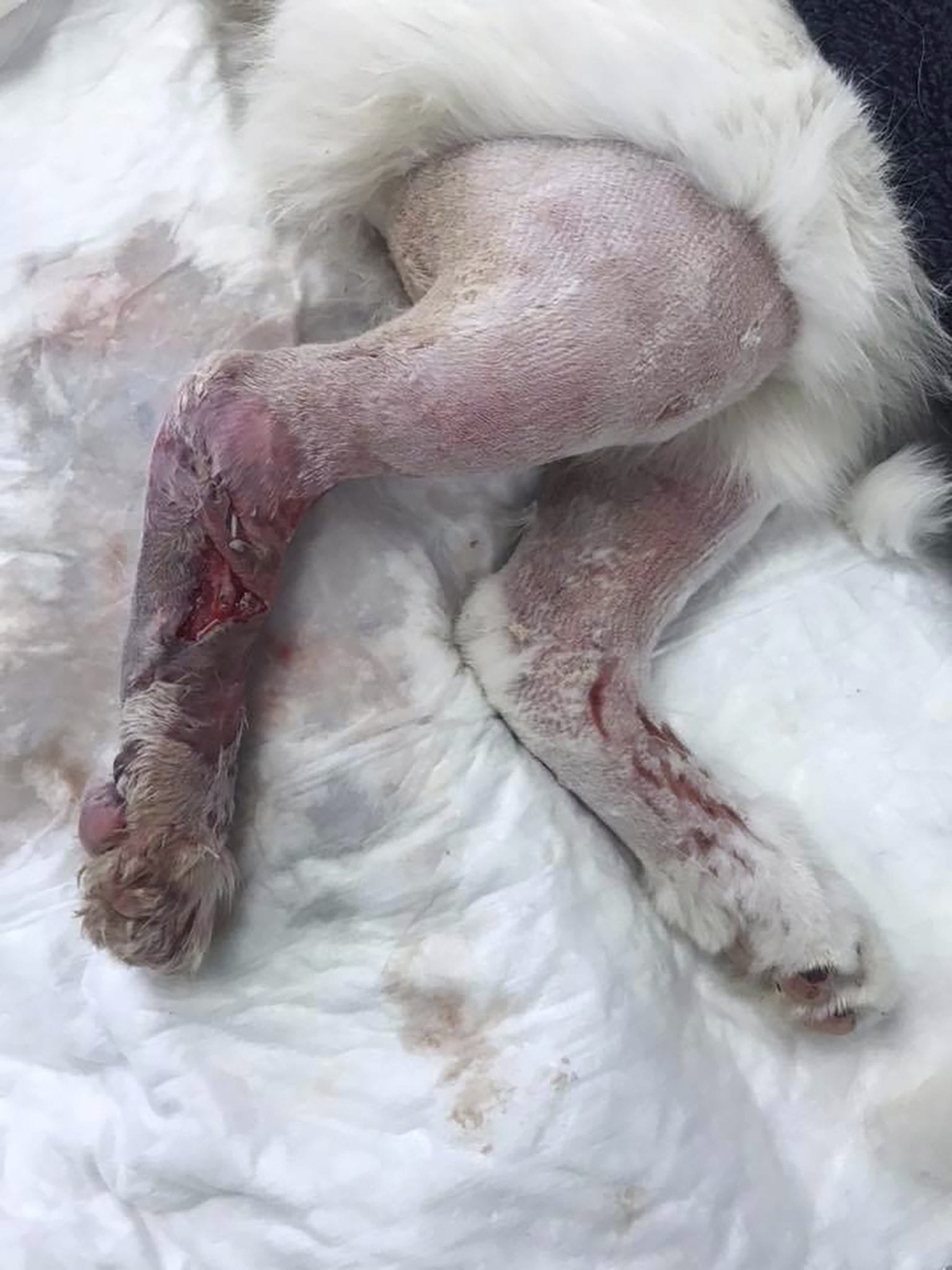 Beech House Vet Emily Guest led the team which helped Shadow to recover and said the severity of Shadow’s injuries meant he would not have survived had he not shown the determination to return home.

The 27-year-old said: “It’s likely that had Shadow not made it home he would have died.

“He had maggots in his leg eating away which would have eventually caused sepsis or toxic shock.

“It was a miracle he didn’t break anything and then to walk home must have been incredibly painful.”

It was a hot day when Shadow headed outside as he normally does, but his owners became concerned when he failed to return home that night.

Mrs Williams said: “He loves going out but tends to go out for a couple of hours and then come back in.

“But on this particular day no one had seen him all day. Then at about 6.30am the next morning Thomas told us Shadow had come back and was in his room.

“We just thought thank goodness. But then Thomas came back to us and said Shadow had been badly hurt.

“Shadow was curled up in a box in Thomas’ room with blood all over his head and legs. He was in a real bad way.”

The family rushed him to Beech House, which is part of Willows Veterinary Group, and provides a 24-hour emergency service all year round.

Vet Emily explained more about the care he was given and how pleased she was to see Shadow had made such a good recovery.

She said: “Shadow had long abrasions on both legs.

“One was worse as it had become infested with maggots. It had got really infected.

“For several consecutive days we sedated Shadow so we could flush the wound out, clean it and then apply a dressing.

“As time went on we could get a good idea as to how healthy the skin was on the leg.

“Unfortunately it became clear that the skin was starting to die as the blood vessels had been interrupted.

“The options we had were either a long and expensive process to try and get it to heal with skin grafts or to amputate the leg.

“We made the decision to amputate. Shadow is a young cat, who is fit and healthy.

“Cats are pretty resilient and good at adapting so we knew he would be able to cope with three legs.

“There is also a risk that the grafts wouldn’t have worked and that was becoming more likely as the days went on.

“One day after the surgery Shadow was up and about and I am thrilled he is running about and enjoying his life again.” 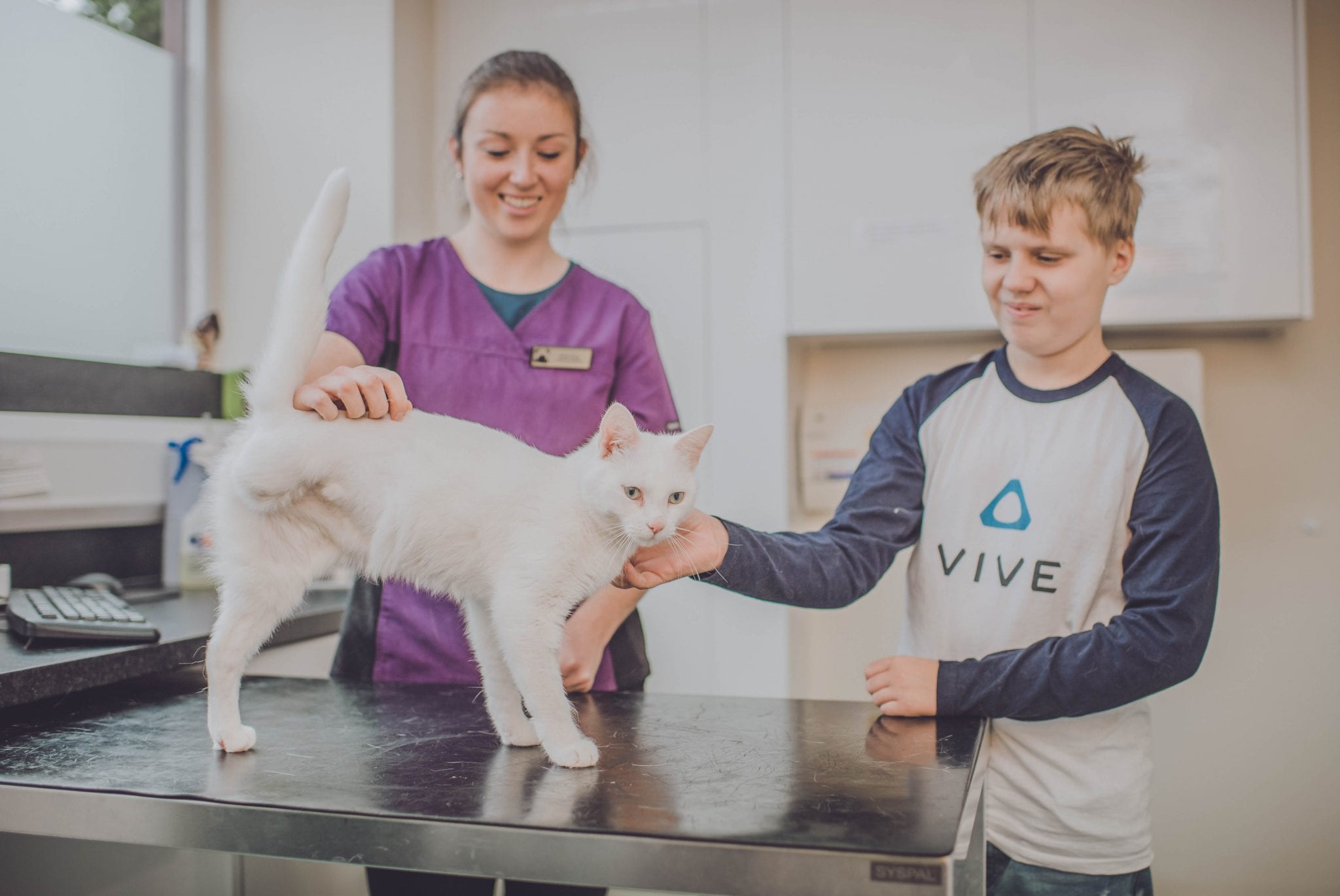 Owner Julie added: “The team at Beech House were fantastic and tried very hard to save his leg but we all agreed that we had to do what was best for Shadow and remove it in the end.

“To try and get the skin to heal it could have taken months and months for him to recover.

“That wouldn’t have been fair on him. He’d have been miserable. He did fall over a bit at first as he was finding his balance on three legs.

“We were told to keep him in until he was running normally so he can fend for himself outside. He’s gone out now and had no problems.

“He has even jumped up the six foot fence like nothing has happened!”