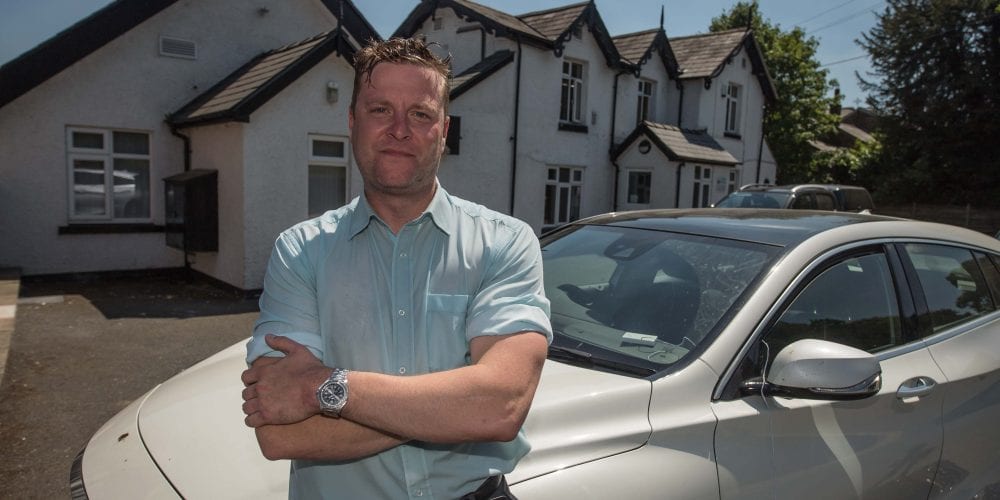 A NORTHWICH vet has issued a video warning about the dangers of leaving dogs in hot cars following a sharp rise in heat stroke cases which resulted in three dogs dying.

Alan Redpath, a Senior Vet for Willows Veterinary Group, who works at the group’s main animal hospital in Hartford, near Northwich, dressed in a canine costume and endured temperatures of more than 50 degrees to highlight the trauma that dogs suffer when they overheat.

He filmed the video after colleagues across the group’s network of small animal surgeries dealt with a rise in heat stroke cases, recording eight in one week with three fatalities.

In the two and a half minute video, he told watchers that his dog onesie was ‘not a joke’ but a way of simulating the extra fur layer which dogs have so he could better represent how distressing it is for a canine companion to be left in a car in warm weather.

During the experiment he also left the windows cracked a small amount to simulate what many owners may feel might help their dogs stay cool, to prove that it made virtually no difference at all.

Within 45 minutes, the temperature inside the car smashed through the 50 C/122 F making it unbearable for Alan to remain in the car which has been parked up on a sunny day when a temperature probe outside showed 27 C/80.6 F.

Alan, who has been a vet for almost 20 years, explained in the video what it is like to see a dog with heat stroke. He said: “A dog classically presenting with heat stroke would be collapsed, unable to move, lethargic, possibly unresponsive with a racing pulse – in a state of shock. The most important thing you can do is get them straight to the vets where they will probably need to be put on life saving, intravenous fluid therapy and intensive nursing, monitoring and care.

“When we see heat stroke, it’s a horrendously upsetting and distressing situation for everyone involved including the vet and nursing team and the owner of the animal. It’s a horrible, horrible situation for an animal to be involved in.”

At the end of the video, Alan explained said: “So hopefully me having done something so stupid, if it helps one person, it helps one owner and it helps one dog, it’s been absolutely worth it.”

Alan is a vet for Willows Veterinary Group which has a network of 25 small animal practices, a referral veterinary hospital, two equine centres and a seven-office farm practice, located across Cheshire and into Greater Manchester, North Wales, the Wirral and Staffordshire. Willows is accredited by The Royal College of Veterinary Surgeons.

June and July’s high temperatures mean the group’s veterinary teams have been dealing with higher numbers of heat stroke cases.

Alan said after making the video: “The weather may have started to cool a little bit but we really are urging owners not to leave their dogs in the car, even for short periods of time while we continue to have hotter summer weather.

“Also to remain vigilant for any sign of heat stroke and get your pet to the vets as soon as possible if you suspect they have overheated and become unwell. Heat stroke can become extremely serious, extremely quickly.”