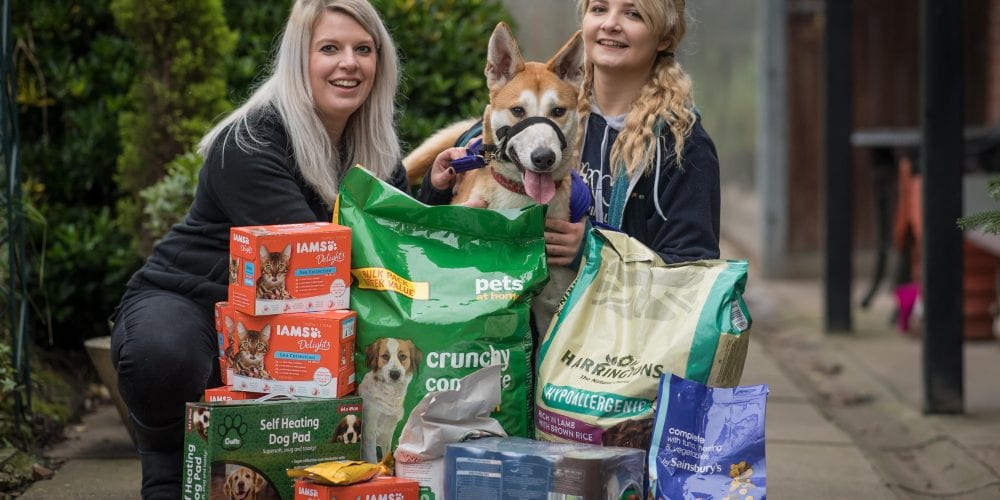 A GIANT puppy who is struggling to find a new home because he is so big is spearheading a Christmas collection campaign run by an independent Cheshire-based veterinary group.

Standing at more than five feet two inches tall on his hind legs, loveable Max, described by his carers as ‘Akita cross Kangeroo’ has only just reached the tender age of one and has already won many hearts with his loveable, bouncy personality and large ears.

He is one of the many needy animals who are set to benefit from the second year of Willows Veterinary Group’s Pawsome Pets Christmas Appeal which aims to help as many abandoned, unwanted and unloved animals as possible over the festive period. 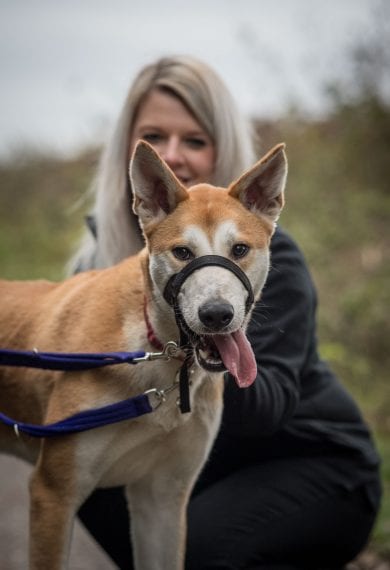 Willows Veterinary Group, which has its main flagship hospital, Willows Veterinary Hospital in Hartford, near Northwich, is an independently-owned organisation. It has a network of 25 small animal practices, a referral veterinary hospital, two equine centres and a seven-office farm practice, located across Cheshire and into Greater Manchester, North Wales, the Wirral and Staffordshire.

Pet lovers in Cheshire are being urged to bring in unopened pet food, new toys and blankets for animals of all types to any of the Willows surgeries in the group by Monday December 18.

The resulting collection will be distributed to various animal rescue charities across the region.

David Crane, Willows Veterinary Group Marketing Manager, came up with the original idea and said: “We started the Christmas collection last year and had a phenomenal response from our clients. There were literally trolley loads of food, blankets, bedding and toys donated across our group of surgeries and we were quite bowled over with the generosity.

“We found a grateful home for all of it and we have decided to do it again this year because our partner animal rescue charities across the region were so pleased to receive it.

“As a group, we do a lot for charity throughout the year and we see this as one last big push at the end of the year to help as many needy animals as we can.

“We have a lot of loving pet owners who visit us and they show their generosity to help animals in need time and time again.

“We are urging anyone to bring in unopened and in date food, blankets and toys, for all different species to any of our Willows surgeries and we will make sure it benefits animals like lovely Max and the rescue charities which work so hard to look after them.”

Max is currently being cared for at Warrington Animal Welfare.

He was sold to his former owner as a Labrador cross and they later realised they had got a lot more dog than they had bargained for. Unable to manage his lively behaviour and concerned by how quickly he was growing, they passed him in to the care of the team at Warrington Animal Welfare.

Caroline Tebbs, Warrington Animal Welfare Centre Manager, said: “Max is loved by everyone here. He has a very sweet nature. We are not 100 per cent sure of his breeding but we think he is an Akita cross and we joke between ourselves that he might be a cross with a kangaroo because he is so bouncy and full of life. There may be a bit of Husky in there too.

“He’s been with us for three months now and the kennel environment is not ideal for a young dog like him.

“Normally, the younger ones are rehomed pretty quickly and that would be the case, I am sure, if he was smaller and a bit fluffier! But I think his size has been off-putting to people and he needs a home where someone is used to handling larger dogs and is prepared to put in some work with positive reward based training.

“We are trying to do as much as we can with him here but there are limitations and he would benefit so much from an experienced home where someone could give him the time and love he really deserves. There’s no doubt in my mind that he has the potential to make somebody a wonderful companion. He just needs to be placed in the right home.

“He’s a big boy with an even bigger heart and we would love to hear from anyone who would be interested in loving him and his big personality.

“He is a very handsome dog to front Willows Veterinary Group’s Christmas collection campaign which we are thrilled to be a part of again. I would like to thank everyone who is able to donate. The extra supplies we will receive will be so valuable to us.”

Can you support the Willows Pawsome Pets Christmas Appeal? Drop off unopened  food, new toys and blankets at any Willows Veterinary Group Surgery by December 18